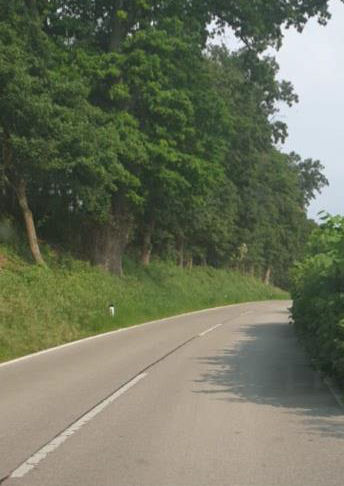 Electric weeding with Electroherb™ in common ragweed and Japanese knotweed

Zasso’s Electroherb™ Technology participated in a two-year test phase to control invasive alien plants (“IAP”) with alternative methods along roadways, in cooperation with the Austrian Institute of Technology (AIT) within the framework of the project “ControlInRoad”, part of the CEDR Transnational Road Research Program Call 2016.

The trials aimed to control two IAP, Ragweed (Ambrosia artemisiifolia) and Japanese knotweed
(Fallopia spp), in Burgenland, Austria. According to AIT, both plants are regularly found along
roadsides and are identified as important IAP because they are threatening indigenous biodiversity and adjacent ecosystems thoughout Europe. Roadsides, in particular, play an important role in facilitating the spread of these IAP in many countries. However, current conventional control methods from road maintenance services (e.g., mechanical or chemical methods) are inadequate, as the specific, very vital biological characteristics of these invasive species make them highly competitive and therefore challenging to control.

In 2019 the comparison of seven control methods showed that Electroherb™ prevented the
production of dangerous ragweed pollen by effectively controlling > 90% of ragweed populations, whereas, e.g., the standard mowing method controled only 38% of the ragweed plants.

Similar results were found for the control of knotweed (best before > 30 cm growth height). Even tough resprouting from the massive rhizome was not prevented in the same year, the results indicated that on two out of three locations, the plants treated with Electroherb™ were much smaller than the untreated control (Figure 1); this suggests that the vitality of the knotweed population was reduced significantly.

Furthermore, on all three test locations, plant densities were reduced after biannual applications. The latter indicated that the effort of effective knotweed control will decrease over the years. The “ControlInRoad” report also highlighted, that due to a dry-out of the treated plant material, no special waste removal (normally obligatory for IAP plant wastes) was needed when the plants were treated with Electroherb™.

The Electroherb™ Technology showed that its mode of action represents a suitable alternative to conventional, chemical weed control practices or other alternative practices.

Detailed results of the project can be found on the “ControlInRoad” project website
(http://www.controlinroad.org).

Zasso gratefully thanks AIT and CEDER for including the Electroherb™ Technology into the framework of “ControlInRoad”.